A Day in Kampala by Andy Kopsa

Please see the wonderful article written by our good friend, Andy Kopsa about one of our members:

A Day in Kampala
Posted by TRANSEQ-UGANDA at 03:10 7 comments:

One Day in Uganda

Please view this excellent article, written about transphobia in Uganda:
One Day in Uganda

A Ugandan transsexual woman, Ms Beyonce has made a desperate call to Uganda Police for protection from public molestation, including physical beatings for allegedly “looking abnormal.” Ms Beyonce, who was born Benjamin Tushabe
, in an interview with Behind the Mask on July 3, in Kampala said she has been molested five times in less than two months.
“I have consulted the doctors at Mulago (the national referral hospital in Kampala) to under go a sex change. But they all look at me like I am weird. Yet I have never felt like I am a man,” Ms Beyonce said.
She said on more than two occasions, she had beaten unconscious at Kisementi, an upscale Kampala recreation centre, by bouncers who said she “looked abnormal.”
Ms Florence, one of Ms Beyonce’s friends said the trans woman had been beaten into a coma at Club Iguana for not dressing like a man. “They dragged her from the toilets upstairs and threw her out in the cold. Then the bouncer shouted at her to go home and put on men’s shoes, yet she is not a man.”
Ms Florence, is currently sheltering Ms Beyonce after her landlord recently evicted her from her rental house in Mutungo, a Kampala suburb for “not looking like a man.” Ms Florence said Ms Beyonce was later treated at Kadic Hospital for bruises and chest pain complaints.
There is total ignorance about transgender and intersex people in Uganda. Many people are informed by anti-gay sentiments fuelled by evangelical Christian pastors, calling for the killing of gays and trans people and through laws including the Anti Homosexuality Bill 2009 that was introduced in Ugandan parliament last year. The bill expired with the expiry of the 8th Parliament after the February 2011 Presidential and Parliamentary elections, but homophobes and transphobes are pushing for it to be reintroduced for debate.
Mr Niki Mawanda, a trans people’s activist said that he was saddened by the attacks. Mawanda, a trans man who leads an organization for trans people’s rights and recognition in Uganda, the Transgender, Intersex and Transsexuals Ug (T.I.Ts Uganda) said there is an urgent need for public education on trans peoples rights in Uganda.
He however said it was not surprising that Ms. Beyonce had been attacked given the increasing levels of mob justice in Uganda.
“People have less confidence in the Judiciary. So mobs choose to punish some people to death based on any suspicion,” Mr Mawanda said.
He noted that Ms Beyonce, a self confessed sex worker, was more predisposed to attacks because of who she is. Mawanda called for an interlinking with human rights advocacy on trans women and sex work.
“Her being a sex worker attracts more attention, even from fellow sex workers. Some people choose to beat her for thinking she is a homosexual, even if she may not be,” Mr. Mawanda said.
He added that T.I.Ts Uganda is doing its best to educate the public on trans people’s rights, and called on other human rights organization, including LGBTI groups to streamline trans people’s education within their programmes.
Mr. Mawanda said it is difficult for trans people to get equal access at health facilities in Uganda, especially those funded by the government. “They look at you with insulting eyes. They ask you humiliating questions,” Mr. Mawanda added.
At an April meeting of transsexual women in Eastern and Southern Africa organized by SIPD Uganda and Gender Dynamix, a South African transsexual people’s rights organisation in Kampala in April 2011, a number of transsexual people spoke of the challenges they faced in society and urged the creation of safe spaces for trans people.
Some trans people noted that it was difficult for them to obtain travel documents like passports. Others said they are deported when they travel within the Great Lakes region countries when immigration officers say they look weird. One of the participants said that landlords often do not want to rent rooms to trans people in Uganda.
Meanwhile, Idi Senkumbi, the spokesman for Kampala metropolitan police said of Ms Beyonce’s attackers, “Such suspects can be charged with either assault or indecent assault, as per the Penal Code,”
Senkumbi said he would pursue the case filed by Ms Beyonce at Kira Road Police Station in Kampala. He however encouraged trans people to report threats and any form of attack against them.
In a report released June 28, in Kampala on the Human Rights situation in the country by the Uganda Human Rights Commission (UHRC), the commission noted of the “ grave” abuse of rights of Ugandan women based on their sexuality and sexual orientation.
The report urged Uganda government to take deliberate steps on public education about sexual orientation to scale back hate crimes and violence on alleged or actual homosexuals.
Posted by TRANSEQ-UGANDA at 06:08 1 comment:

Since childhood, I have always felt like I was a girl. As I came into my late teens, I felt more like a woman though my body was male. I began to dress more feminine and change my hair. The next time I went home, my father asked me about it and rejected me. They called me a curse. My mother died when I was a child and I grew up with my father. I came from a poor family and did not have money for school fees. A friend of mine introduced me to sex work while I was living in a hostel. When I went into sex work, I found that it enabled me to earn a living and be able to pay hotel fees, school fees, purchase school supplies, and survive. However, I faced challenges. People threw me out of clubs and pubs because I was a transwoman. I suffered physical violence and harassment, including being burned with cigarettes. I was also harassed by the police, including one time when the police undressed me, took by bag, money, and phone, and cut my hair. One particular time, I picked up a client in a club and went back to his house. He wanted to have live sex and when I refused he raped me. The man had a pistol on his table and I was so scared that afterward I left without my shoes, jacket, bag, and my phone. I was thrown out of the man’s house without pay and forced to sit outside in an unsafe environment. Eventually, a security van picked me up and dropped me off in town where I got a boda boda to go home.
My father became very sick and I was able to pay his hospital bills through the money I had gained doing sex work. It was because of this that my father forgave me and welcomed me the way I am, though I was still rejected by the rest of my family.
Through sex work, I met other transwomen. Knowing more of the trans community and hearing more of the problems transwomen were facing inspired me to become an activist. Sex work has helped me become the person I am. It enabled me to continue going to school and also to learn English.
Posted by TRANSEQ-UGANDA at 06:06 2 comments:

Transgender Equality Uganda (TEU) was started in April 2011 by Tushabe Beyonce, a transwoman, after noticing that transwomen’s issues were being neglected by the Ugandan LGB (lesbian, gay, bisexual) movement and that transgender sex workers’ issues were being ignored by the commercial sex work movement in Uganda. Transwomen suffer discrimination and violence in Ugandan society including corrective rape, mob justice, unlawful housing evictions, discrimination in healthcare services, and harassment from the media and police. Transgender sex workers also face increased violence, including rape by police officers and clients. Sexual violence towards transwomen and transgender sex workers, put the community at a higher risk for STDs/STIs and HIV/AIDS. TEU works to empower transwomen and transgender sex workers to mobilize and advocate for their rights and educate Ugandan society about different gender expressions.

TEU’s vision is a Ugandan society that understands and accepts different gender expressions and works to promote human rights, economic empowerment, and equal access to health services for transwomen and transgender sex workers.

TEU’s mission is to promote awareness about transwomen and transgender sex workers in Uganda, while addressing their human, health, and economic rights.

2.       Promote access to health care services, including HIV prevention, care, treatment and support, as well as legal and social services for transwomen and transgender sex workers.

5.       Call for quality health and human rights support, including the documentation and exposure of human rights violations and stigmatization against transwomen and transgender sex workers.

6.       Build partnerships and alliances so that transwomen and transgender sex workers are an active part of the LGB (lesbian, gay, bisexual) and sex work movement in Uganda.

Transgender Women come up to demand for Space in Gender protection, Equality movement 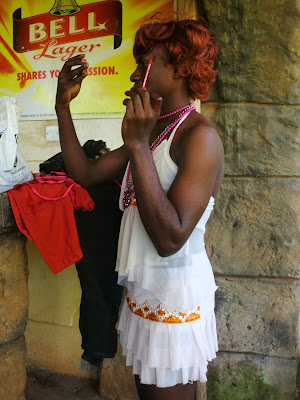 Yes! Here we come!! We are the transgender women. We are demanding dignity and protection 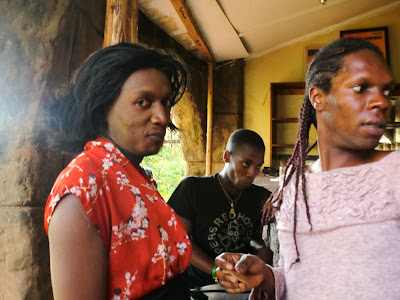 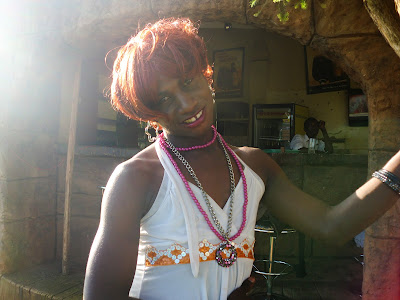 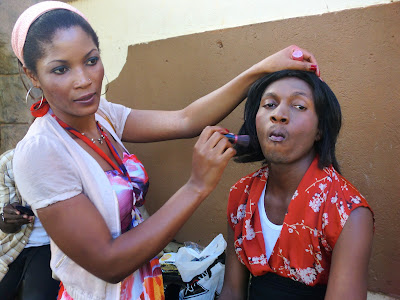 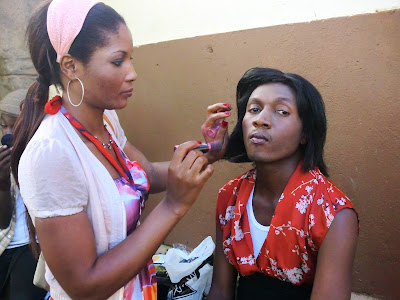 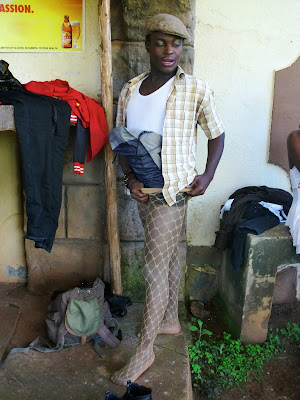 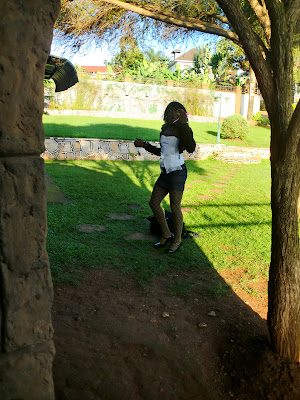 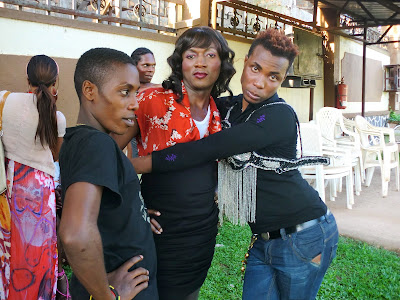 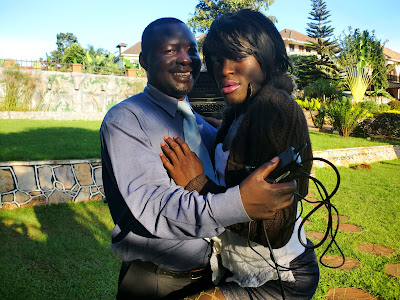 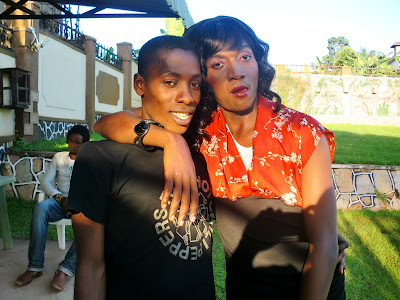 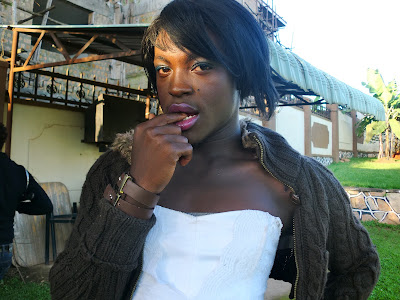 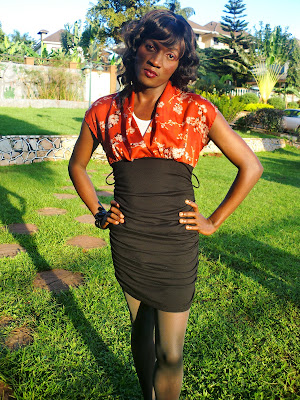 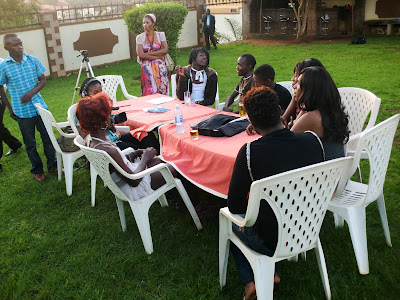 Taking a petition of HIV/AIDS Control Bill 2010 in the 8th parliament. 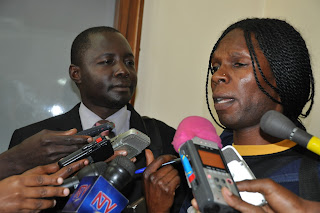 It was a celebrating day to the homosexuals of Uganda on 8th Febaury 2011, when the human rights activists of Uganda took a petition to the parliament of Uganda in the 8th parliament for the HIV/AIDS control bill which was tabled by Mr. David Bahati the NRM member of parliament. The Bill was criminalizing the monirity people and also leads to death penality.

It was a blessing to Uganda Health and Press Association plus Transgender Equality Uganda who are partners and their allies as well. 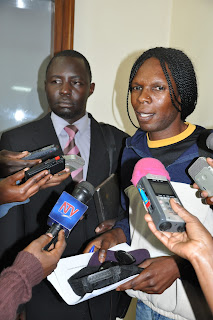 Director of Transgender Equality Uganda addressing the problem of transgender in Uganda and explains to the media houses the problems of transgender women. She explained that the HIV/AIDS Control Bill 2010 criminalises the homosexuals in Uganda. When is Uganda is a signatory to the International Covenant of Economic, Social and Culture Rights which gives right to freedom, right to privacy, right to enjoy life and even access treatment without discrimination among the people because of their sexual orientation.
Posted by TRANSEQ-UGANDA at 04:48 194 comments:

TRANSEQ-UGANDA
TRANSWOMAN are affected due vulnerability, are attacked by men/women, are faced with eviction from Villages (case of Beyonce, in 2011), risk of exposure to infections and neglect (case of a TRANSWOMAN in Kabalagala who died in 2010 after being left without care in his house). TRANSEQ UGANDA has come in timely to address issues and contribute to Uganda’s response to TRANSWOMAN issues.C/o UHSPA-UGANDA PLO4 KIMERA ROAD NTINDA. Email: transequganda@gmail.com Cell: +256752462818